Bustling streets, swaying subway trains, mouth-watering food from anywhere from a Halal food stand to a four-course candlelit dinner, bars in classy old ornate buildings with dim romantic lighting, eclectic shops in re-designed warehouses, modern glassy buildings that scrape the sky… It all adds up to an energizing city in its own class that makes you feel like anything is possible: New York City, baby!

Jake and I jetted to the Big Apple for New Year’s Eve and had a blast! Having been to NYC many times before, we’ve seen the major tourist sights like the Statue of Liberty and Times Square, so this time we more or less ate our way around the city, our taste buds enjoying the range of experiences the city has to offer.

After our cross-country red-eye (ugh) and a nap, we bee-lined it to Lombardi’s. My favorite NYC pizza so far has been Grimaldi’s (more on that later), but I was armed with a list of popular places to try, so off we went! 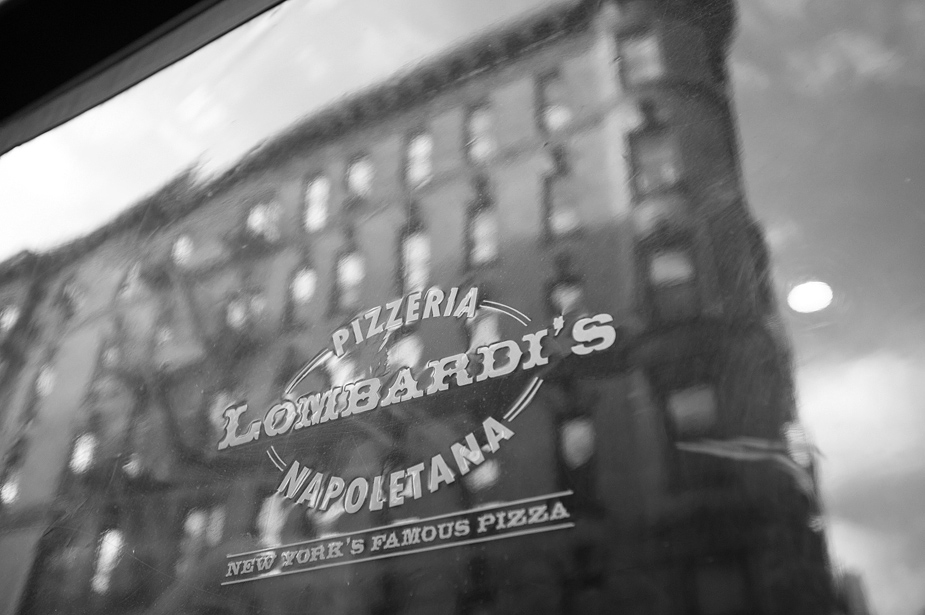 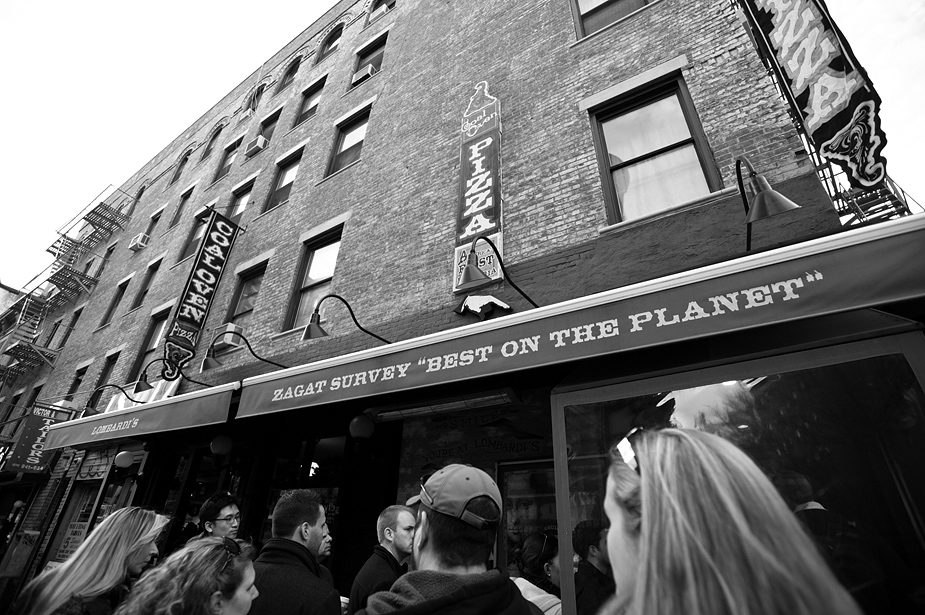 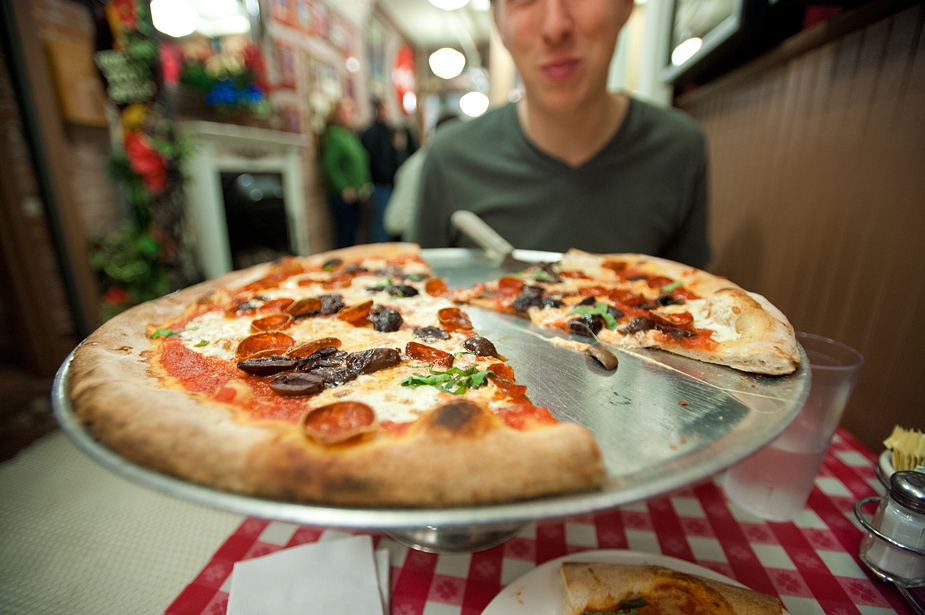 Mmmm, we liked it (almost) as much as Grimaldi’s! We also tried John’s Pizzeria on Bleeker during this trip – very delicious and perfect for a quick slice. 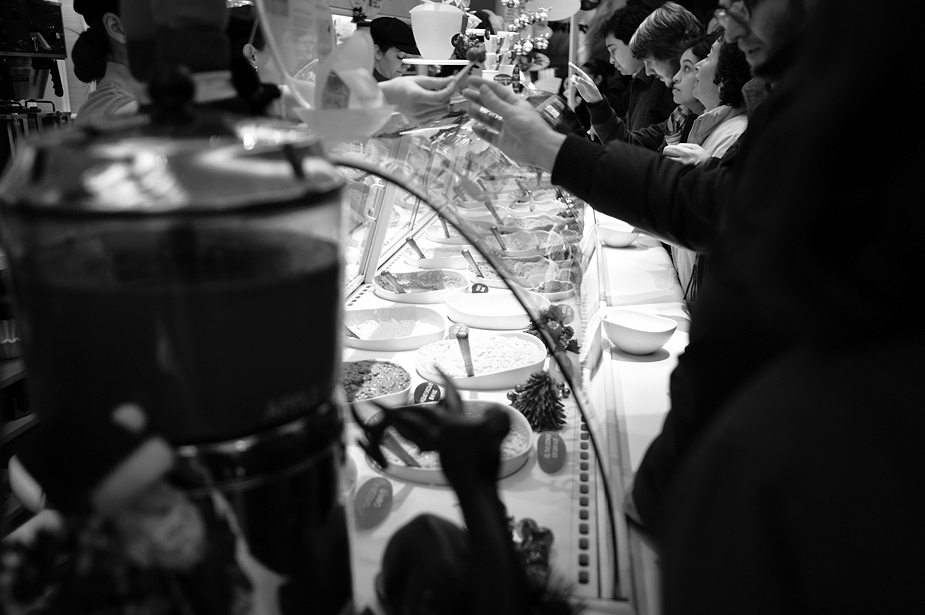 On the way to pizza, we had passed a cute little rice pudding place, Rice to Riches, and after a quick consult with Yelp we decided to give it a shot. So glad we did! I never imagined there could be so many different flavors of rice pudding. 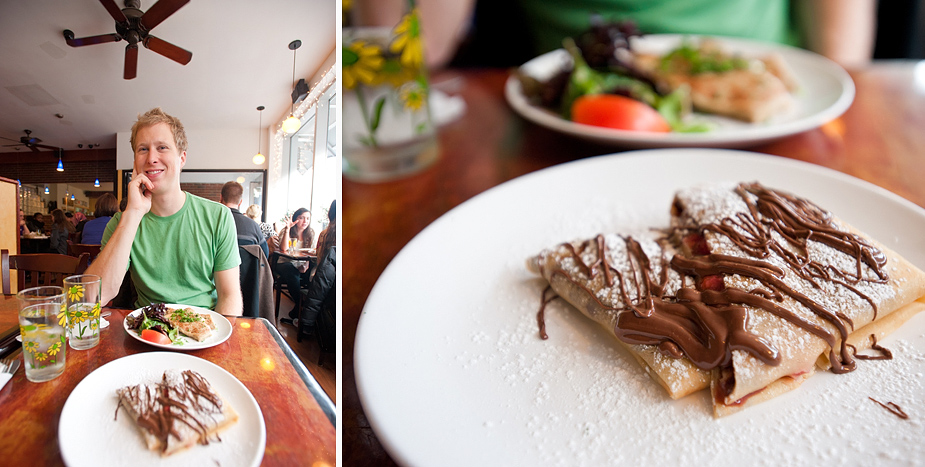 Yes, you can get crepes anywhere, but this little neighborhood place nearby where we always stay in the Upper West Side serves up a delish Nutella and strawberry crepe. 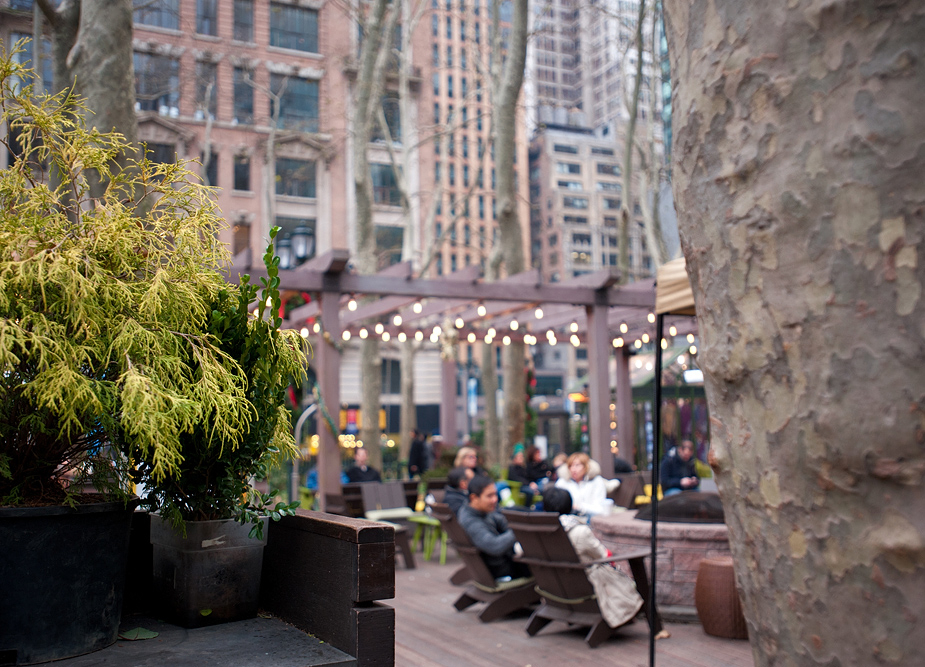 I’ve wandered by the New York City Public Library many times on previous trips, but this time we actually went in. Fanciest-library-ever award! 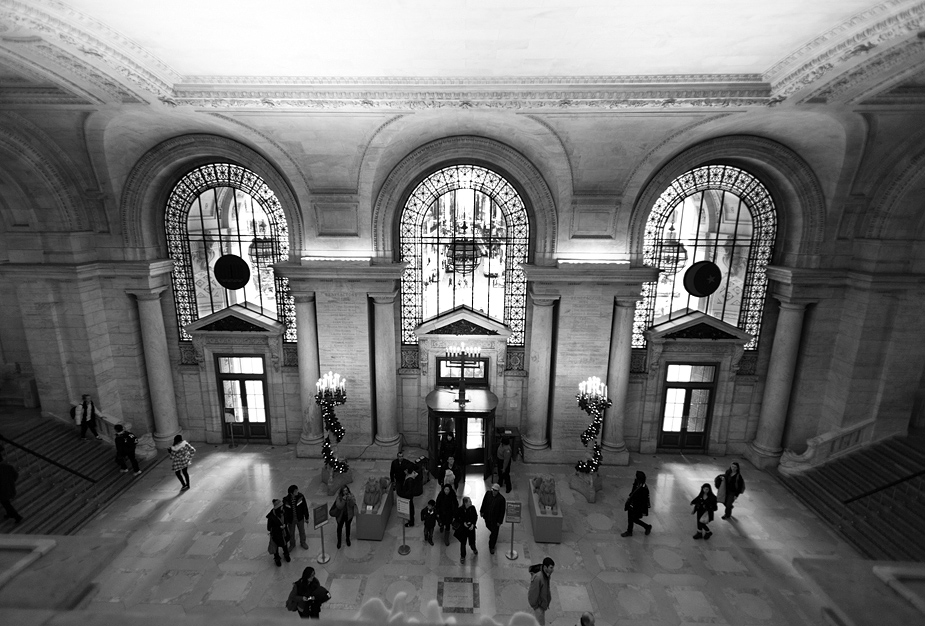 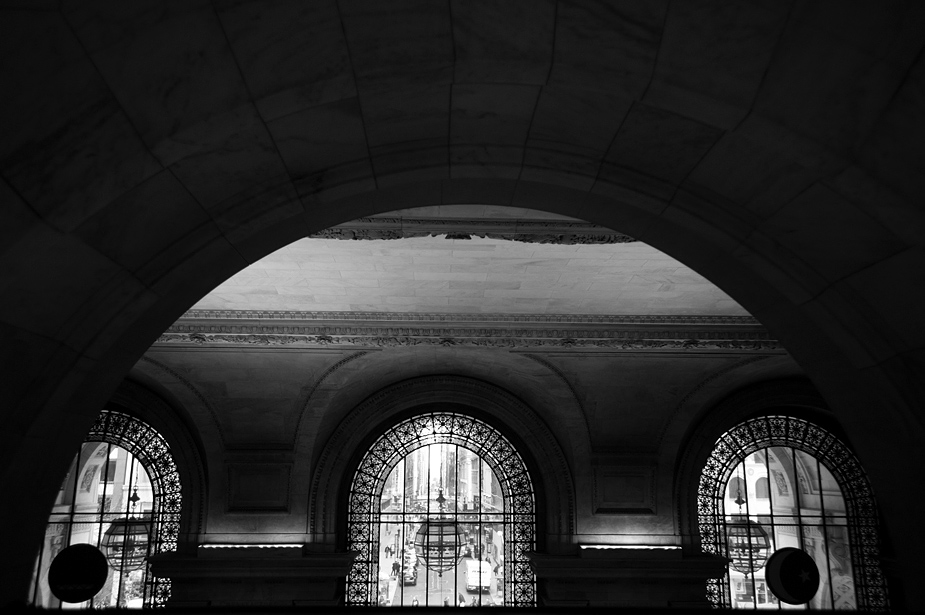 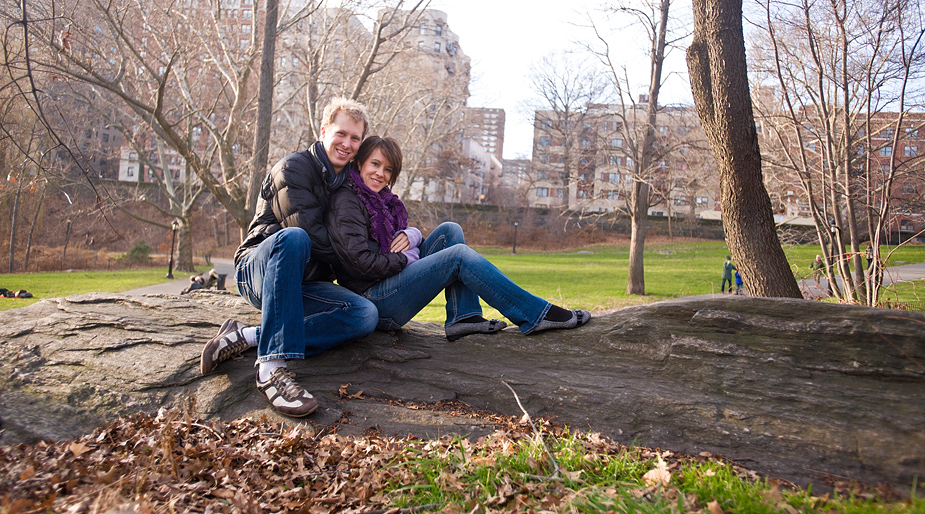 Self timer shot in Central Park! 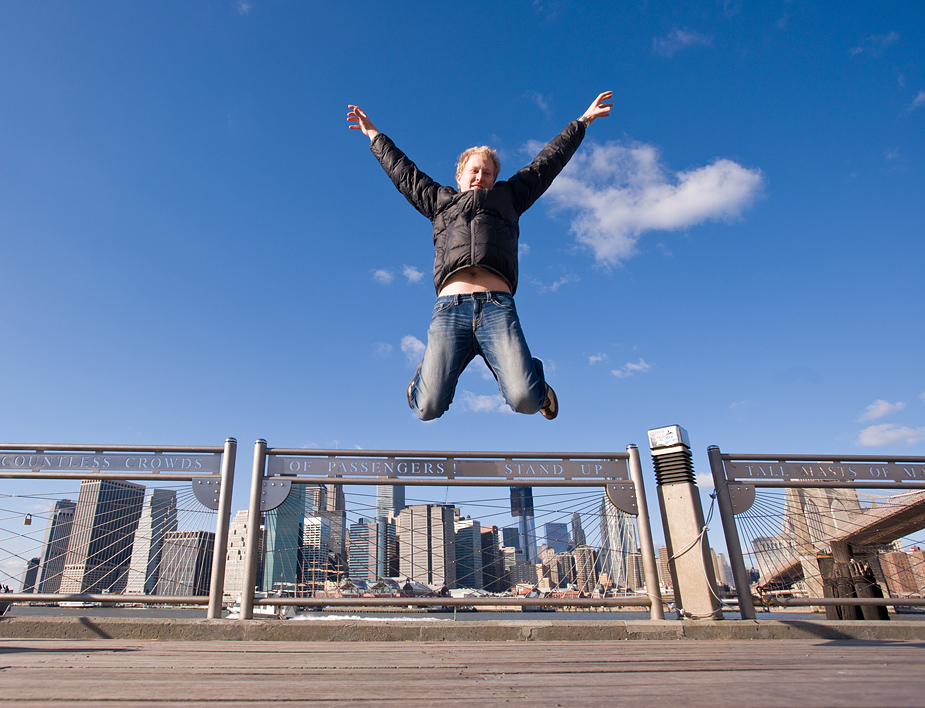 After eating at Grimaldi’s (huge disappointment- they moved next door and apparently their new coal oven needs some help. I won’t be back again. But never fear! The original Grimaldi is making a comeback in the old location. I can’t WAIT to try Juliana’s pizza (named after his mother) and shake the man’s hand for making the world’s best pizza) we walked off lunch on the Brooklyn Bridge. Always a fave!

We made for the Pickle Guys in the Lower East Side for a light afternoon snack for – OF COURSE – pickles! BIG sour pickles. Yum. Anything you can think of is pickled there and set out in big barrels. I’ll be back to try the pickled okra and carrots. 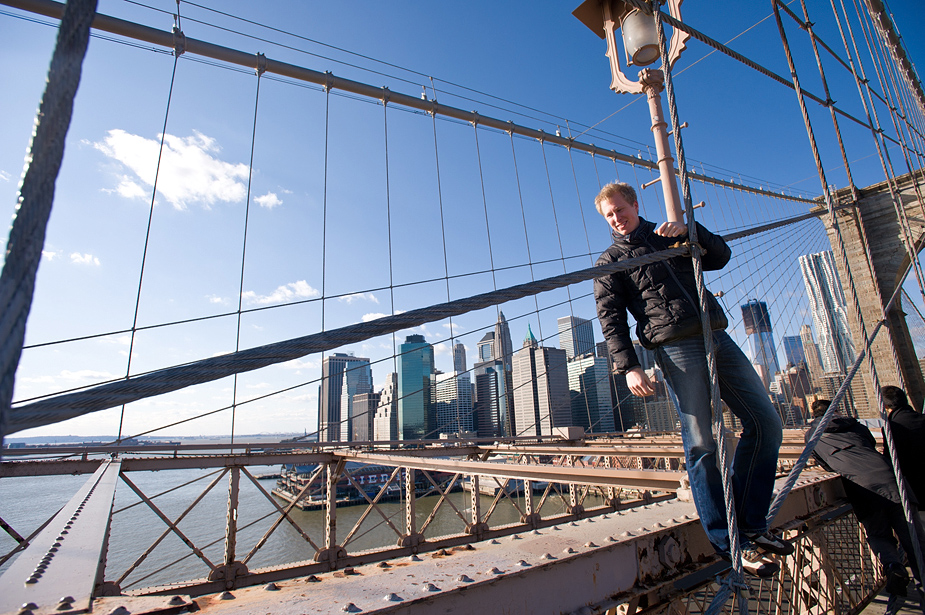 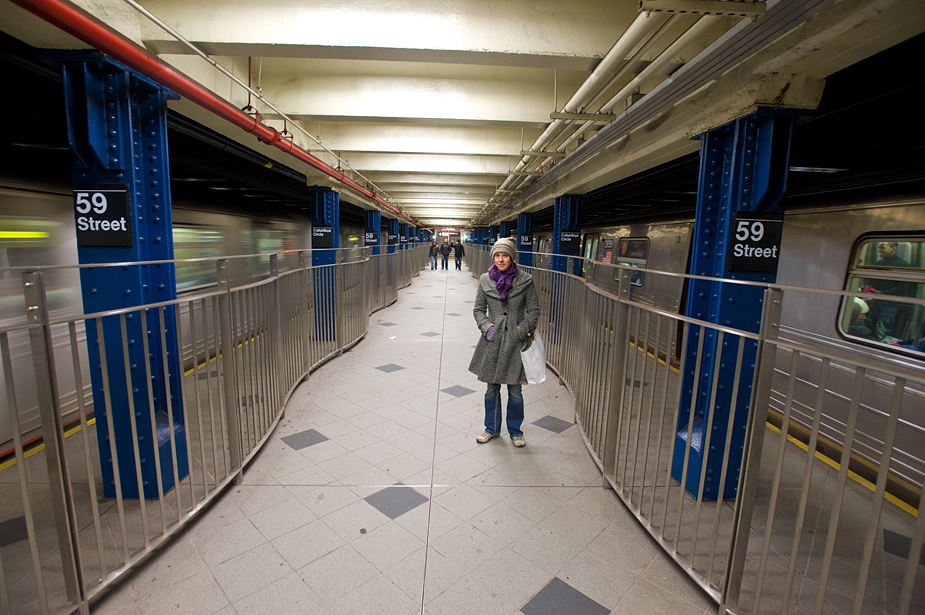 We brought in the New Year in Central Park with a big party at the bandstand, complete with fireworks, a DJ, laser light show, and a run around Central Park that kicked off at midnight. It was a great way to bring in 2012 while not being jostled around by a mob of millions in Times Square. Plus, we didn’t party so hard we couldn’t get up early the next morning to see Times Square at it’s quietest. Pretty eerie.

Ever on the quest for great espresso, Joe’s the Art of Coffee offers a smooth latte and flavor-bursting pour overs that help you get to know a new bean, Ninth Street Espresso is tucked away in neat little corners of the city with espresso that’ll knock your socks off, and La Colombe makes you feel like you just stepped into Italy. There are so many more cafes to try, but what fun is it if there’s nothing left for next time?!

That about does it. Until next time, NYC, we love you.

This month’s photo challenge over at I Heart Faces is Beautiful Black and White. This image from Matt and Amy’s wedding also graced the cover of their wedding album. I love the texture and urban feel of this location. 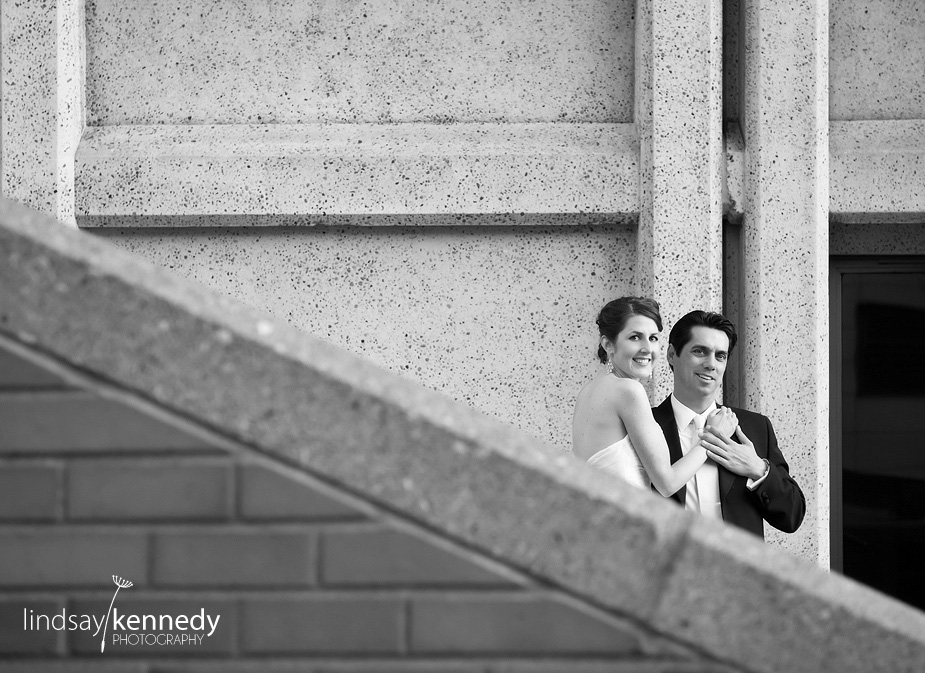